What is Resting state connectivity?

In classical task-based fMRI the neuronal activity is studied while performing a well-defined task, e.g., making a decision, commonly with the goal of localizing the brain regions responsible for the task that was carried out. Resting state fMRI (rsfMRI), on the other hand, is concerned with the neuronal activity in the absence of a task, i.e. when the subject in the scanner is in a state of wakeful rest and mind-wandering. To keep the distraction at a minimum, the participant will be presented a fixation cross throughout the entire scan. 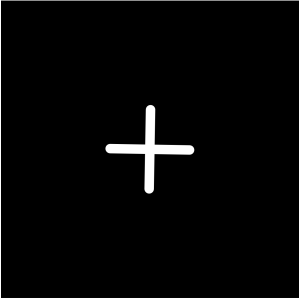 Even though the subject is at rest, the same does not hold for his brain, which will show ongoing spontaneous fluctuations in its activation patterns. It is the analysis of precisely these slow fluctuations that resting-state fMRI focuses on.

One measure for the magnitude of these oscillations that is is of particular interest for our group is the fractional amplitude of low-frequency fluctuations (fALFF). fALFF is calculated as the quotient of the sum of the low-frequency part of the power spectrum and the sum of the whole power spectrum of rsfMRI data. It shows high temporal stability and high to moderate test-retest reliability, indicating to be a reliable measure for the investigation of rsfMRI data.

It has been shown to be related to task performance and can be used to increase the statistical power of fMRI group analysis by appropriately scaling the task-based fMRI data.

As opposed to assess the correlation between the performed task and the timecourse of the measured MR images, as it is usually done in task-based fMRI in order to find activation patterns in different brain regions, in rsfMRI the brain regions will be compared to each other with the goal of finding groups that change their level of activation together over a longer period of time. Because of their common behavior, these regions are believed to be functionally connected. By grouping several of these highly functionally connected regions together, networks with a common underlying function can be defined solely on their behavior. However, it is not required for them to be structurally connected as well. 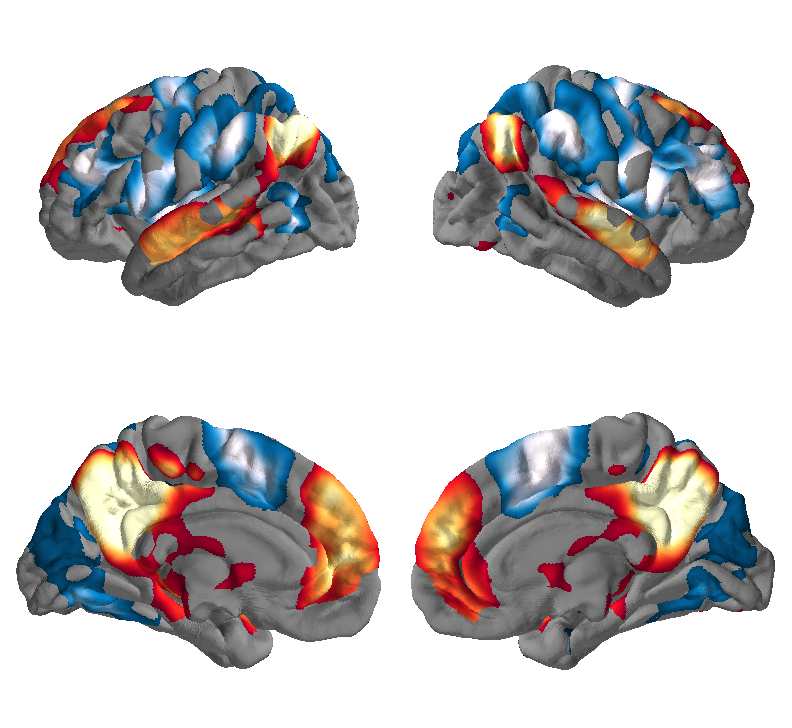 The default mode network (see figure above) is one of the most commonly studied networks of this kind. This network of brain regions will become active only when the subject is at wakeful rest and disengage otherwise.

Questions that are being tried to be tackled in this field of research are: How do these different networks change for people with certain diseases/disorders, e.g. Alzheimer’s, Parkinson’s, Autism or Depression? What possibilities exist to understand and/or diagnose those? How do these networks change after stimulation with a TMS?